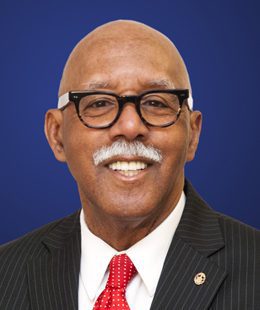 Dr. Julian M. Earls is Executive in Residence at the Nance College of Business Administration at Cleveland State University in Cleveland, Ohio. In January 2006, Dr. Earls retired as Director of the National Aeronautics and Space Administration’s Glenn Research Center (NASA GRC) at Lewis Field in Cleveland, after a career spanning more than 40 years. As Director of GRC from 2003 to 2005, he managed a budget in excess of $600 million and a workforce of over 3,000 employees. He was responsible for planning, organizing, and directing the activities required to accomplish the Center’s mission that included research, technology, and systems development programs in aeronautical propulsion, space propulsion, space power, space communications, and microgravity sciences in combustion and fluid physics. He is the author of 31 publications and has been a Distinguished Honors Visiting professor at numerous universities. As a NASA executive, he has received medals for outstanding leadership, exceptional achievement, and distinguished service. He received the Meritorious Executive Presidential Rank Award from President William J. Clinton in 1999 and from President George W. Bush in 2004.

Dr. Earls has received many humanitarian awards and founded an organization that provides college scholarships to black students. As a mentor, he has guided many students though college and the professions. Recognized internationally for his oratorical skills, Dr. Earls is a Jennings Foundation Distinguished Scholar Lecturer. In addition to his many scholarly and work-related accomplishments, Dr. Earls is an athlete. He has completed 25 marathons, including the Boston Marathon, and was honored to carry the Olympic torch on its route through Cleveland prior to the 2002 Olympic Games in Salt Lake City. He is a member of Tau Boule of Sigma Pi Phi fraternity and holds life memberships in Kappa Alpha Psi fraternity and the NAACP.