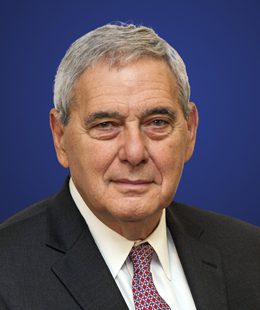 Mr. Ronald E. Cuneo is currently the Chairman of the ANSER Board of Directors. His executive experience spans multiple industries with both mature and early-stage companies. He is knowledgeable in both the public and private sectors and has been a consultant to or board member of a number of firms, including the Armed Forces Communications and Electronics Association, Altus, Ascendra, B2B Galaxy, BTG, Frontier Securities Management, INET, Riggs Bank, Tech River, OptiView, U.S. Web Cornerstone, Vienna Web Technologies, and White Peak Capital.

Mr. Cuneo served in marketing and executive management positions in General Electric’s information systems division and later with Honeywell. In 1976, he directed Honeywell’s major defense information systems program, the World Wide Military Command and Control System. He subsequently served as National Market Director for Honeywell’s Xerox program, and in 1981 he became Vice President of Corporate Accounts. In 1982, Mr. Cuneo was appointed Vice President and General Manager of Honeywell Federal Systems, where in eight years he brought in more than $1.5 billion in federal contracts. Through his leadership he evolved the company from its traditional role as a provider of proprietary systems to a full-service provider of integrated information systems.

Mr. Cuneo received a bachelor of business administration degree from Pace University in 1966. Shortly after graduation Mr. Cuneo joined the U.S. Army and was commissioned a second lieutenant in the U.S. Army Signal Corps in May 1967 after completing Signal Officer Candidate School. Mr. Cuneo continued his education at American University, where he received a master of science degree in the technology of management in 1977. Mr. Cuneo also completed the Honeywell Harvard Executive Development Program in 1978.