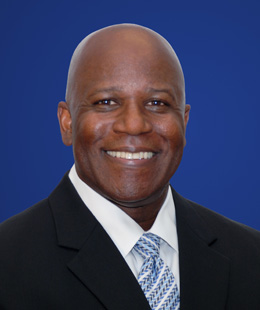 Free joined ANSER in May 2011 as a Principal Analyst in the Security Policy Division. As a Principal Analyst, he served as military police analyst and senior subject matter expert for ANSER’s development of the U.S. Army’s Office of the Provost Marshal General Military Police Force 2020 Strategic Plan. He was the Project Leader for an Assistant Secretary of Defense for Homeland Defense and Americas' Security Affairs project that researched, updated, revised, and published the DoD Antiterrorism Officer Guide. He was also the Project Lead and the DCIP and Physical Security SME for the Joint Staff/J33’s Joint Mission Assurance Assessment Pilot Study. In 2013, he earned his certification as a Project Management Professional and was selected as the Project Manager for all ANSER Defense Security Service (DSS) contracts. As a Project Manager, he planned, organized, and managed the technical personnel and financial aspects of assigned projects, including budgets, schedules, and contract performance. From 2013 to 2015, he served as the Project Leader for the DSS NISP Data Collection Project, overseeing a seven-person analytic team providing critical support to the DSS Counterintelligence Directorate. He was responsible for the people, cost, schedule, and deliverables for ANSER’s support to the DSS Strategic Management Office from 2013 to 2018. Free was promoted to the Program Manager position for ANSER’s Security Policy Division in 2018, responsible for program staffing (hiring and firing of individual employees), performance reviews, and compensation changes. He was also responsible for the development of new business clients/areas, proposal leads, and contract proposals. Free’s SPD portfolio included all of ANSER’s DSS counterintelligence contracts, Naval Criminal Investigative Service contracts, and Pentagon Force Protection Agency contracts.

Free holds a master of public administration degree from Golden Gate University, a master of strategic studies degree from the Air War College, and a bachelor of science degree from the U.S. Air Force Academy. During his Air Force career, he commanded at the Flight, Squadron, and Group levels. He completed in-residence courses of study at the Squadron Officer School, the Air Command and Staff College, and the Air War College. He also attended the prestigious Darden School of Business at the University of Virginia. Free was promoted to the Director, Business Services position in December 2018, and the ANSER Board of Directors selected him as the Vice President, Corporate Business Services in May 2019.