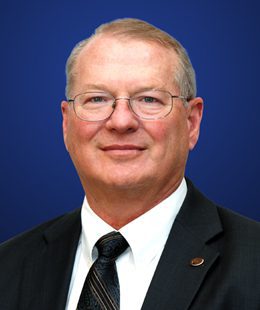 Prior to joining ANSER, Mr. Skains served over 28 years in the Air Force and Air National Guard. In his last assignment, Mr. Skains served as the Senior National Guard Advisor to NORAD and USNORTHCOM. Prior to his retirement in September 2006, he coordinated the multifaceted relationship between the National Guard Bureau and NORAD and USNORTHCOM. Previous assignments include a four-year tour as the Wing Commander for the 144th Fighter Wing in Fresno, California, and the Director of Operations for the Western Air Defense Sector at McChord AFB, Washington.

Mr. Skains holds a master of business administration degree from Wichita State University and a bachelor of arts degree in journalism from the University of Northern Colorado. During his Air Force career, he flew a number of different aircraft, including the F-4, F-15, F-16, and B-1B. He completed courses of study at the Squadron Officer School, the Air Command and Staff College, and the Air War College.