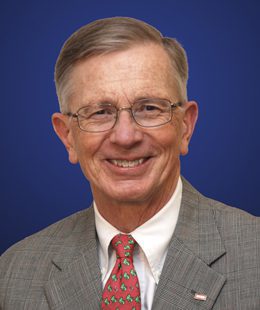 K. Dunlop (Dun) Scott serves as the President and Chief Operating Officer of Columbia Partners, a Washington, DC based institutional investment management firm, managing over $3 billion in client assets. Mr. Scott is responsible for the day-to-day operations as well as the strategic growth of the firm. In addition, he serves on the firm’s Management and Executive Committees and on the investment committees for the firm’s private capital and alternative investment strategies.

Mr. Scott has over 25 years of experience in the capital markets and in operating businesses. He has broad and deep experience in many aspects of the banking and financial services industries, as well as extensive operations experience. Mr. Scott started his career in the Foreign Service, where he served as an economics officer and as a politico-military specialist focused on Asia.

Mr. Scott began his career in finance as a mergers and acquisitions investment banker and then served as Chief Financial Officer for several significant information technology companies, including one that was acquired by a publicly traded company and another that he helped fund and grow from start-up to over $100 million in revenues. He also served as a Corporate Vice President in charge of investor relations for a multi-billion dollar company.

Mr. Scott received a Bachelor of Arts degree in Economics and German Literature from Lehigh University and a Masters of Business Administration from The Wharton School of the University of Pennsylvania. He was born in Ridgewood, New Jersey on February 29, 1952, and was raised in Swarthmore, Pennsylvania. Mr. Scott serves on the boards of the Americans in Wartime Museum, the Metropolitan Club Preservation Foundation, and ULLICO Inc.