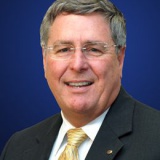 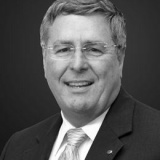 As Senior Vice President and Executive Director for the National Security Group, Steve Hopkins provides leadership for the operations of four Mission Areas providing professional services and analytical studies for clients across a myriad of challenging domains including homeland defense, combating weapons of mass destruction, mission assurance, science and technology, and global threats and intelligence.

Prior to his promotion to Vice President and Executive Director, Mr. Hopkins served as Mission Area Director for Science & Technology, where he led the operations of three divisions providing professional services for clients in support of their roles and responsibilities in implementing complex technology-focused programs across the Federal Government.  Mr. Hopkins supervised a multidisciplinary team of policy, operations, technical, and research analysts and managed projects supporting the Office of the Secretary of Defense, Defense Agencies, the military Services, and other Federal organizations such as NASA, the Department of Health and Human Services, and the Intelligence Community.

Mr. Hopkins has broad and diverse experience in science and technology, military requirements analysis, and defense and national security acquisition including technology development and insertion. He has contributed to establishment of analytical frameworks for examining such complex areas as international cooperative science and technology projects, post-Cold War defense policies, analysis of industrial base issues, and horizon scanning and technology forecasting. For six months in 1994 he lived and worked in Moscow as head of ANSER’s Moscow Office. Mr. Hopkins led ANSER’s program management support to the National Security Agency Office of Program Management Support, the Office of the Secretary of Defense Chemical and Biological Defense Program, and the Defense Advanced Research Projects Agency Special Projects Office.

Mr. Hopkins has over 27 years of comprehensive experience as a business leader and manager at ANSER. Before his promotion to Mission Area Director, he managed ANSER’s Systems Engineering Division, the Intelligence Division, the International Aerospace Division, and the Space Technology Division.

He is a graduate of the Defense Systems Management College Advanced Program Management Course and is Acquisition Level III certified equivalent. The Project Management Institute certifies him as a Project Management Professional. He is a past Chairman of the American Institute of Aeronautics and Astronautics National Capital Section. His academic background includes a Bachelor of Science degree in Physics from the U.S. Naval Academy and a Master of Science degree in Astrophysics from the University of Chicago. He was a Hertz Foundation Fellow from 1978 to 1979. 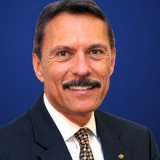 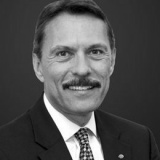 Prior to joining ANSERin March 2015, Gary served as Vice President and CFO of InScope International, a privately held software solutions, IT services and Project Integration Company. He provided the financial leadership and infrastructure that positioned the company for multiple M&A transactions and supported a compound annual growth rate of 37 percent over six years.

Before InScope, Gary was retained by MCI, Inc. to provide capability in crafting SEC filings, assistance in completing one of the historically largest financial restatements and implementing internal control procedures in order to meet the rigors of Sections 302 and 404 of the Sarbanes-Oxley Act of 2002.

Previously, Gary was CFO and Secretary of AMEN Properties, formerly Crosswalk.com, Inc. (NASDAQ:AMEN), a content integration and media start-up company where he was instrumental in completing an IPO and later managed the logistics of the eventual sale of substantially all of the company assets to another publicly held firm.

Before AMEN, Mr. Struzik held financial positions of increasing responsibility for over 18 years with Unisys and Lockheed-Martin Corporation, the last of which was Director of Accounting for the $2 billion Defense Systems Division.

Gary is very active in the functions of the Institute for Management Accountants and in serving the elderly at the Tall Oaks, Reston and Arbor Terrace, Sterling Senior Living Communities. 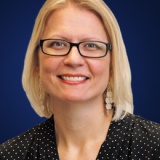 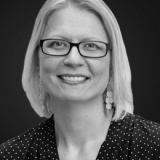 As Vice President and Mission Area Director for Science & Technology, Jessica Albosta focuses on providing ANSER’s clients with the scientific expertise required to ensure that advances in science and technology deliver tangible benefits to end users. She oversees 2 divisions and 54 staff supporting all development phases, from basic research to early program planning, test and evaluation, and technology transition. The area seeks to inform decisions regarding technology options, program technical performance, test verification, and overall performance risk. She leads a multidisciplinary team of policy, operations, technical, and research analysts supporting the Office of the Secretary of Defense, Defense Agencies, the military Services, and other Federal organizations such as NASA, the Department of Health and Human Services, and the Intelligence Community with an annual revenue stream of roughly $25M.

Ms. Albosta has been with ANSER since 2002. Before becoming a Mission Area Director, she served as manager for the Chemical Biological Matters Division, the Joint Warfighting Division, and the Research and Development Division. She managed teams of senior CBRN experts in the areas of policy, emergency response, and chemical demilitarization. She also directly managed a variety of government contracts totaling approximately $8 million annually.

Ms. Albosta also served 11 years as an on-site contractor for the Defense Threat Reduction Agency, Chemical Biological Technologies Directorate. There she lead a multi-company team of analysts providing technical and programmatic support for science and technology research, focusing on information collection, fusion, and hazard prediction for chemical and biological defense. She provided analytical assessments and evaluations of complex issues for decision making, management, and administration within the science and technology component of the Chemical and Biological Defense Program. 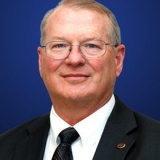 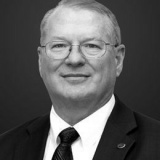 Prior to joining ANSER, Mr. Skains served over 28 years in the Air Force and Air National Guard. In his last assignment Mr. Skains served as the Senior National Guard Advisor to NORAD and USNORTHCOM and prior to his retirement in September 2006, he coordinated the multi-faceted relationship between the National Guard Bureau and NORAD and USNORTHCOM. Previous assignments include a four year tour as the Wing Commander for the 144th Fighter Wing in Fresno, California and the Director of Operations for the Western Air Defense Sector at McChord AFB, Washington.

Mr. Skains holds a Master of Business Administration from Wichita State University and a Bachelor of Arts degree in Journalism from the University of Northern Colorado. During his Air Force career, he flew a number of different aircraft, including the F-4, F-15, F-16 and the B-1B. He completed courses of study at the Squadron Officer School, the Air Command and Staff College, and the Air War College. 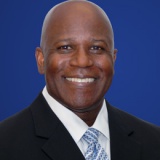 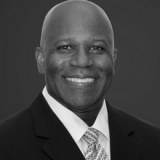 Free joined ANSER in May 2011 as a Principal Analyst in the Security Policy Division. As a Principal Analyst he served as military police analyst and senior subject matter expert for ANSER’s development of the U.S. Army’s Office of the Provost Marshal General Military Police Force 2020 Strategic Plan. He was the Project Leader for an Assistant Secretary of Defense/Homeland Defense and America’s Security Affairs (ASD/HD&ASA) project that researched, updated, revised and published the DoD Antiterrorism Officer Guide (replacement for the legacy DoD O-2000.12H (Antiterrorism)). He was also the Project Lead and the DCIP and Physical Security SME for the Joint Staff/J33’s Joint Mission Assurance Assessment Pilot (JMAAP) Study. Leading a team of seven (7) functional SMEs supporting the Joint Staff’s Pilot program for a Joint Mission Assurance Assessment. In 2013, he earned his PMI-certification as a Project Management Professional (PMP), and was selected as the Project Manager for all ANSER Defense Security Service (DSS) Contracts. As a Project Manager he planned, organized and managed the technical personnel, and financial aspects of assigned projects, which includes budgets, schedules, and contract performance. From 2013 – 2015, he served as the Project Leader for the DSS NISP Data Collection Project overseeing a 7-person analytic team providing critical support to the DSS Counterintelligence Directorate. He was responsible for the People, Cost, Schedule, and Deliverables for ANSER’s support to the DSS Strategic Management Office from 2013 – 2018. Free was promoted to the Program Manager position for ANSER’s Security Policy Division (SPD) in 2018 responsible for Program staffing (hiring and firing of individual employees), performance reviews and compensation changes and he was also responsible for the development of new business clients/areas, proposal leads and contract proposals. Free’s SPD portfolio included all of ANSER’s: DSS Counterintelligence (CI) Contracts, Naval Criminal Investigative Service (NCIS) Contracts and Pentagon Force Protection Agency (PFPA) contracts.

Mr. Freeman holds a Master of Public Administration from Golden Gate University, a Master of Strategic Studies from the Air War College and a Bachelor of Science degree from the United States Air Force Academy, Colorado Springs, Colorado. During his Air Force career, he commanded at the Flight, Squadron and Group levels. He completed in-residence courses of study at the Squadron Officer School, the Air Command and Staff College, and the Air War College. He also attended the prestigious Darden School of Business at the University of Virginia. Free was promoted to the Director, Business Services position in December 2018 and the ANSER Board of Directors selected him as the Vice President, Corporate Business Services in May 2019. 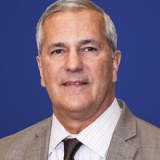 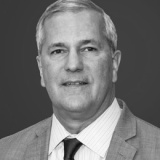 As Vice President, Marketing & Business Development, Mr. Tony Francis provides strategic oversight of efforts to expand ANSER’s impact across the government in support of the corporation’s public service charter. In this capacity, he oversees the development and implementation of outreach and marketing as well as business development strategies focusing on sustaining and growing ANSER’s contract base, building relationships with clients and industry partners, and diversifying work across the federal, state and local government markets.

Tony is a retired Army Colonel with over 35 years of extensive experience with Department of Defense and Department of Homeland Security in all facets of Chemical, Biological, Radiological, and Nuclear (CBRN)/Combatting Weapons of Mass Destruction (CWMD) training and operations; business development; planning and execution; program management; policy development and implementation; chemical weapons elimination; and financial resources and budgeting.

Prior to joining ANSER Tony was the Senior Program Manager / Business Development Director, Engility Corp. He was the Strategic Advisor/Program Manager to the SES-level Director of the Joint Science and Technology Office at the  Defense Threat Reduction Agency.

Prior to that Tony was the TASC Inc./Engility Corp. Program Manager supporting the Strategic Operations Division at the Defense Threat Reduction Agency responsible for all strategic analysis, Program Management Reviews, Congressional briefings and submission of the Joint Science and Technology Office POM to OSD.

Prior to that Tony was at Battelle Memorial Institute and worked as the Senior Program / Business Development Manager that led a cross-organizational team of over 60 people working with Six National Laboratories to spearhead the development and implementation of CBRN/CWMD Research and Development (R&D) strategy to address future market needs for DoD and DHS.  Tony also BMI’s CBRNE/CWMD Program Manager and Exercise Facilitator supervised 25 planners / exercise coordinators  executing senior level CBRN/WMD training workshops and exercises for the Office of the Secretary of Defense (OSD) and Department of Homeland Security (DHS) to address implementation of US Government Policies and prepare senior officials to respond to potential CBRNE/WMD events. 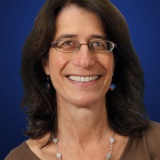 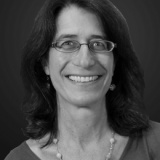 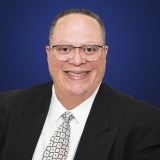 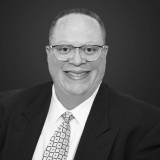