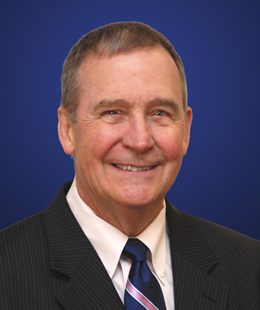 Lieutenant General John F. Sattler earned a B.S. Degree in Economics from the United States Naval Academy in 1971. He graduated with honors from the Marine Corps Amphibious Warfare School, the Marine Corps Command and Staff College, and the Industrial College of the Armed Forces.

LtGen Sattler served as the Director of Strategic Plans and Policy (J5) at the Joint Staff from September 2006 until his retirement in August 2008. Prior to joining the Joint Staff, he was the Commanding General of the First Marine Expeditionary Force and Commander, Marine Corps Forces Central Command from September 2004 to August 2006. During this period, he commanded all forces in Al Anbar Province in Iraq from September 2004 through March 2005. Prior to Commanding I MEF, he was the Director of Operations (J3) for Central Command from August 2003 to July 2004. In November 2002, he stood up and commanded the initial Combined Joint Task Force-Horn of Africa and established the Headquarters in the Country of Djibouti. He commanded the Second Marine Division, Camp Lejeune, NC prior to sailing to the Horn of Africa.

LtGen Sattler served in three other positions as a junior general officer. He was the assistant Division Commander, Second Marine Division from June 1997 to August 1998. He reported to the Joint Staff in September 1998 and served as the Deputy Director for Operations (Combating Terrorism) J-34 until July 2000 when he reported to Marine Corps Headquarters, where he served for one year as the Director for Marine Corps Public Affairs.

In addition to the normal tours as a junior infantry officer, LtGen Sattler served three years as an acquisition officer and four years as the Marine Corps Congressional Liaison Officer to the House of Representatives. He brings 37-plus years of Marine Corps experience in leadership, command and staff positions, jointness, interagency coordination, strategic planning, congressional liaison, strategic communication, and team building to the Analytic Services team.

Since his retirement in 2008, LtGen Sattler has spent over 200 days each year as a senior mentor with both the Marine Corps and Joint Forces Command. In this capacity he taught and coached Commanders, their staffs, and students across the USA and around the world; he left the mentoring program in November 2010. In October 2011, LtGen Sattler was selected to serve as the Naval Academy’s fourth Distinguished Chair of Leadership where he worked with the Stockdale Center for Ethical Leadership teaching and mentoring midshipmen, staff, and faculty as well as representing the Naval Academy and Stockdale Center at prestigious national and international leadership conferences and events.