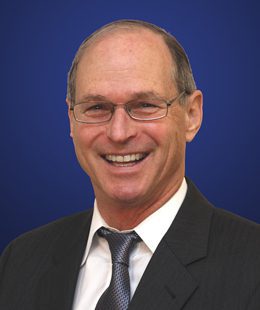 Paul N. Stockton served as the Assistant Secretary of Defense for Homeland Defense and Americas’ Security Affairs from May 2009 until January 2013. In that position, he was responsible for DoD initiatives to strengthen security in the Western Hemisphere and help partner nations build their capacities to meet emerging security challenges. Dr. Stockton created the Department’s first-ever Mission Assurance Strategy and launched a range of initiatives with the private sector, the Department of Energy, and the Department of Homeland Security to help ensure the availability of energy to DoD facilities. He also guided the Defense Critical Infrastructure Protection program, served as DoD’s Domestic Crisis Manager, and helped lead the Department’s response to Superstorm Sandy, Deepwater Horizon, and other disasters. In addition, Dr. Stockton was responsible for DoD policy on domestic antiterrorism, maritime domain awareness, air sovereignty, and preparedness for chemical, biological, radiological, and nuclear events. Dr. Stockton was twice awarded the Department of Defense Medal for Distinguished Public Service, DoD’s highest civilian award. The Department of Homeland Security awarded Dr. Stockton its Distinguished Public Service Medal.

Secretary of Defense Chuck Hagel appointed Dr. Stockton co-chair of the Independent Review of the Washington Navy Yard Shootings in September 2013. From 2010 until January 2013, Dr. Stockton served as Executive Director of the Council of Governors, where he helped Governors, the National Guard, DoD, DHS, and FEMA adopt initiatives to strengthen Federal-State collaboration and unity of effort. In addition, from 2009 to 2012, Dr. Stockton served as the Acting U.S. Co-Chair of the Canada-U.S. Permanent Joint Board of Defense, the premier organization for defense policy coordination between the two Nations.