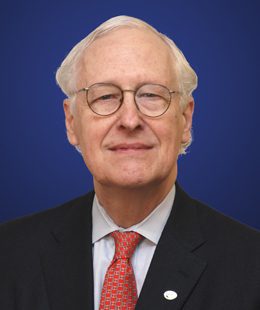 Mr. Apperson is a Managing Director of Avalon Group, Ltd., and co-head of the firm’s alternative energy and clean technology sector investment banking practice. His experience and expertise include storage technologies (such as batteries), energy efficiency, liquid fuels (biomass to ethanol), solar, water, wind, and other related technologies. Additionally, Mr. Apperson has a substantial background in corporate restructuring. He has negotiated cases outside the courts as well as through the bankruptcy process. He has financed conventional oil and gas transactions and has completed cogeneration and merchant ethanol projects. He has over 30 years of financial industry experience in raising capital as well as in mergers and acquisitions.

In the corporate restructuring group of Barclays Bank PLC in the early 1990s, Mr. Apperson was responsible for major loans and spent considerable time working on cases in bankruptcy. For one of the cases, the bank provided a debtor-in-possession financing before exiting the Chapter 11 process. As the bank was sole lender to a radio station group, a legal strategy forced the lender to file for bankruptcy. Since 1992, Mr. Apperson has been principal in Glenis Group Inc., a financial advisory firm working with private and public companies. Its services include strategic advice to restructure and in many cases lead to an assignment to find additional capital sources. From 2003 to 2006, he was affiliated with Sippican Group LLC.

Mr. Apperson began a commercial banking career with Manufacturers Hanover Trust. After successfully completing the senior officer training program, he gained lending experience with responsibilities for banks and corporate accounts. Corporate lending included major industry segments: steel, oil, gas, and other basic industries. During the turmoil of the real estate investment trust industry in the mid-1970s, he managed the restructuring of $130 million in real estate investment trust credit. In 1979, he joined the multinational lending division of Irving Trust Company, the marketing efforts of which focused on major corporations in steel, telecommunications, and other capital-intensive industries. He enhanced a major client relationship by providing financing for the first commercial communications satellite launched by the private business sector. As a vice president in the oil and gas division, he managed a sizable loan portfolio of major oil conglomerates during the deregulation of the natural gas industry by the Federal Energy Regulatory Commission. Additional responsibilities included working on several project financings for cogeneration energy projects. After the Bank of New York acquired Irving Trust in 1990, Mr. Apperson was promoted into the loan workout division, where his responsibilities were to negotiate and maximize the return of principal and fees to the bank on a sizable portfolio of troubled companies.

Mr. Apperson serves on the Board of Trustees of the Vaughn College of Aeronautics and Technology in New York City. He is chairman of the Finance Committee, with oversight of the annual budget and endowment. Other professional activities include several international assignments for the Financial Services Volunteer Corps, where he was a senior project manager in Croatia, Poland, and Russia. On one of the Russian visits, he participated in an audit of a loan portfolio of a failed bank in conjunction with a project sponsored by the U.S. Agency for International Development, the Department of the Treasury, and the World Bank.

Mr. Apperson received a bachelor of science degree in applied mathematics from North Carolina State University in 1971 and a master of business administration degree from Fordham University in 1982. He completed additional courses at the Endowment Institute, cosponsored by Harvard University and the Common Fund.